Keiichirō Shinozaki (篠崎 桂一郎) one of the main characters in the series. He is the secretary and long-time friend of Madoka.

Calm no matter what happens, but can be serious when it comes to Madoka. Especially when Madoka is behind on schedule. 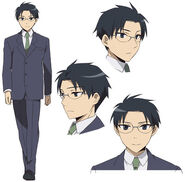 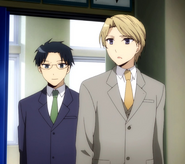